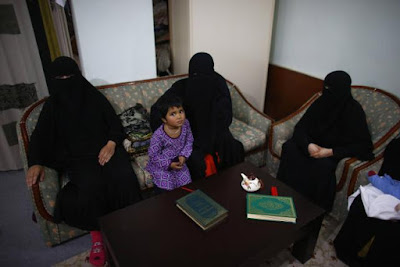 The folded piece of paper with a photo of a four-month-old baby tells a story that will loom over Turkish President Tayyip Erdogan and his Chinese hosts when he visits Beijing this week.
Baby Arife is a Uighur, one of thousands of members of China’s Turkic language-speaking Muslim ethnic minority who have reached Turkey, mostly since last year, infuriating Beijing, which accuses Ankara of helping its citizens flee unlawfully.
Turkish officials deny playing any direct role in assisting the flight. But the document, labeled "Republic of Turkey Emergency Alien's Travel Document" suggests otherwise.
Arife's mother, Summeye, 35, says she was given it, along with documents for herself and her three other children, by a diplomat at the Turkish embassy in Kuala Lumpur, which she reached after a nine day journey transported by people smugglers through Cambodia, Vietnam and Thailand.
The document, valid only for travel to Turkey, lists the baby's place of birth as Turpan, a city in China's western Xinjiang region. Under "nationality", it says "East Turkestan", the name Uighur activists and their Turkish supporters give for their Chinese-ruled homeland.