President Erdoğan Visits Monument to the People’s Heroes in China 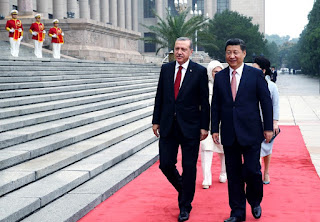