Economics Minister Deri discusses Free Trade Agreement with Chinese Ambassador, as Israel indicates it's focus is shifting to the East. 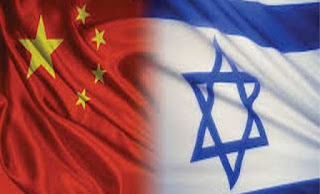 Israel’s Economy Minister Minister Aryeh Deri met on Monday with the Chinese Ambassador to Israel Zhan Yongxin for the first time to discuss the establishment of a free trade zone between Israel and China.
The Chinese Ambassador reiterated his nation’s commitment to begin negotiations for an agreement, as first announced by Chinese Prime Minister Li Keqiang in March in his report to the National People’s Congress.
Both sides stressed their mutual desire to strengthen ties and expand Chinese investments in Israel, which have thus far reached $6 billion. They also agreed that a free trade zone agreement would raise bilateral ties to a new level and bring real economic benefit to both sides.
Minister Deri said, that his office will concentrate efforts to promote and expand the trade ties between the two countries and to this end operates various tools to support Israeli companies doing business in China.