The Leader Ruling China, from Deng Xiaoping to Xi Jinping 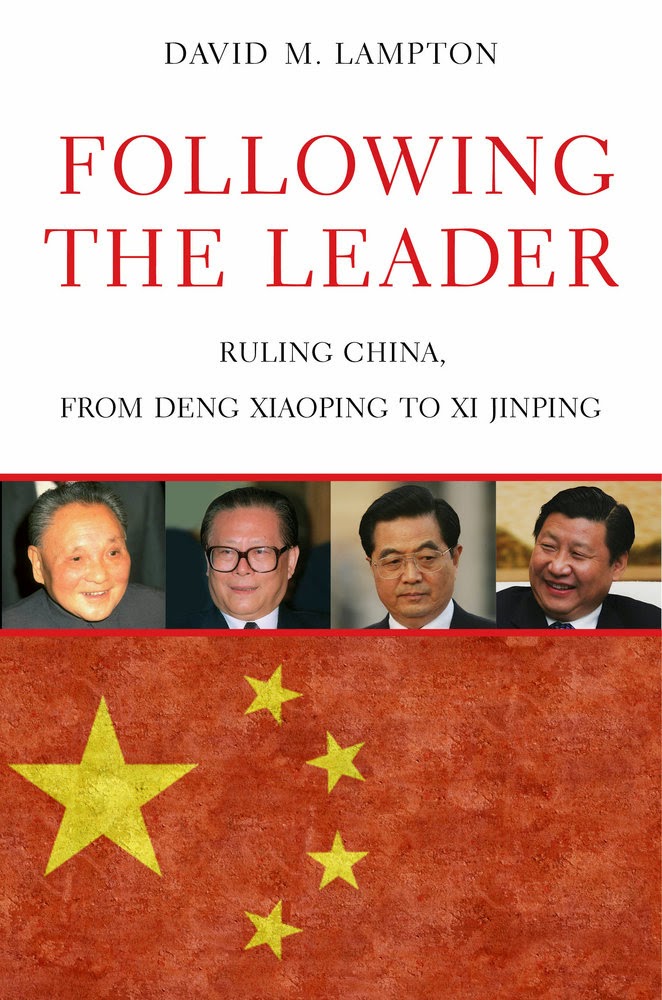 With unique access to Chinese leaders at all levels of the party and government, best-selling author David M. Lampton tells the story of China’s political elites from their own perspectives. Based on over five hundred interviews, Following the Leader offers a rare glimpse into how the attitudes and ideas of those at the top have evolved over the past four decades. Here China’s rulers explain their strategies and ideas for moving the nation forward, share their reflections on matters of leadership and policy, and discuss the challenges that keep them awake at night.
As the Chinese Communist Party installs its new president, Xi Jinping, for a presumably ten-year term, questions abound. How will the country move forward as its explosive rate of economic growth begins to slow? How does it plan to deal with domestic and international calls for political reform and to cope with an aging population, not to mention an increasingly fragmented bureaucracy and society? In this insightful book we learn how China’s leaders see the nation’s political future, as well as about its global strategic influence.