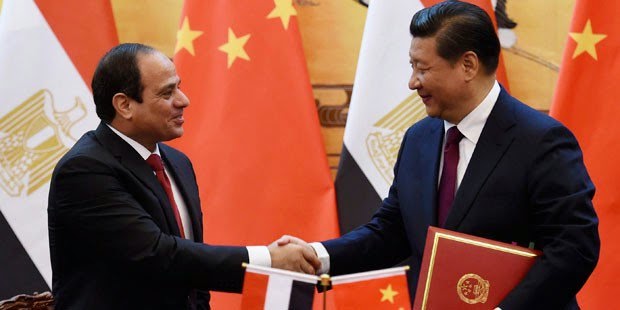 CAIRO: Chinese President Xi Jinping’s visit to Egypt and other regional states, which was scheduled mid-April, has been delayed, according to a brief presidential statement Wednesday.
Minister of Industry Mounir Fakhry Abdel Nour told Al-Borsa and MENA that Xi was planned to visit Saudi Arabia then Egypt, and that the president “apparently” found it was better to postpone the visits due to the kingdom’s “current preoccupations.”
Abdel Nour said he called Chinese ambassador to Cairo Song Aiguo, who advised him the postponement is temporary and that his country would arrange another date for the visit.
The Egyptian minister had announced last month that Cairo was going to receive an economic delegation accompanying Xi. Earlier in March, a delegation from the Chinese presidency and Ministry of Foreign Affairs visited Egypt for several days to prepare for the state visit.
After the ongoing Operation Resolute Storm, led by Saudi Arabia against Houthi rebels in Yemen, was launched March 25, China expressed its concerns over deteriorating conditions in Yemen.
Egyptian-Chinese relations have been relatively positive in the past decades, continuing after the January 25 Revolution in 2011, and reaching high levels economically under the presidency of Abdel Fatah al-Sisi.