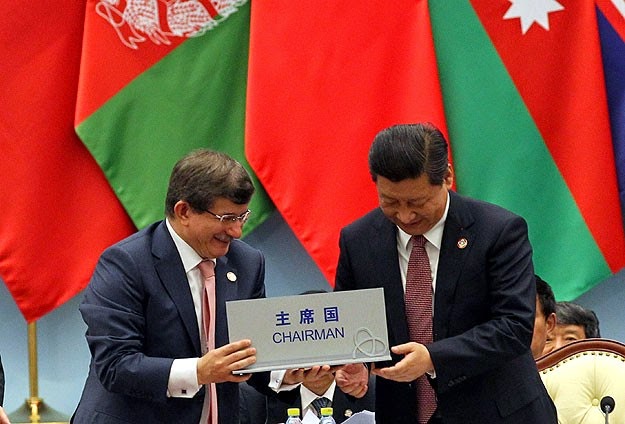 Chinese Foreign Minister Wang Yi met here Wednesday evening with visiting Turkish Foreign Minister Ahmet Davutoglu, and the two sides pledged closer cooperation.
Wang expressed China's willingness to advance coordination and cooperation with Turkey within the framework of the Conference on Interaction and Confidence Building Measures in Asia (CICA), established in 1992 as a forum for dialogue and consultation.
China would like to work with Turkey to contribute to building a regional security pattern and concept with Asian features, he said.
Calling Turkey a regional major power and a country with worldwide influence, Wang said strengthening the relationship with Turkey is one of China's important strategic choices.
Wang also called on the two sides to respect and accommodate with each other's core concerns.
Davutoglu spoke highly of China's hosting of the just concluded CICA summit, saying he believes the CICA will be developed during China's presidency.
Davutoglu said the driving force for the world economy lies in Asia, and it is the historical inevitable trend for the two countries to cement cooperation.