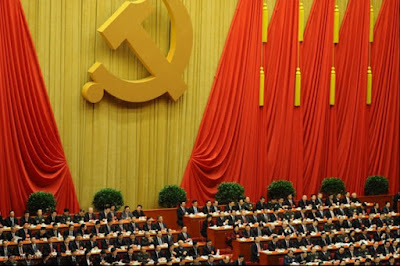 The Communist Party of China (CPC), the country’s ruling party since the end of the civil war in 1949, will begin its once-every-five-year National Congress on Oct. 18, at which time a new slate of party leaders will be elected.
In the major party reshuffle, some officials will stay in their posts; others will be elevated; and some will retire. The nation will closely watch, as the new mixture of leadership will help shape China’s future political and economic landscapes.
Here are five things to know:
What will happen?
A total of 2,300 delegates to the 19th party congress, or the elites of the more than 89 million party members nationwide, will gather in Beijing to vote for members of the party’s Central Committee and the Central Commission for Disciplinary Inspection, a powerful anti-corruption body. The current, 18th Central Committee has more than 370 members and alternate members, and the anti-corruption commission has 130 members.
Based on previous experience, right after the weeklong National Congress meeting ends, the party’s Central Committee will hold its first plenary meeting to elect a Politburo and its Standing Committee, which comprises the nation’s top leadership.