WATER MARGIN
It is also known as All Men are Brothers
Author: Shi Nai'an (Published in 14th century)

The opening episode in the novel is the release of the 108 Spirits, imprisoned under an ancient stele-bearing tortoise.[9]  The next chapter describes the rise of Gao Qiu, one of the primary antagonists of the story. Gao abuses his status as a Grand Marshal by oppressing Wang Jin; Wang's father taught Gao a painful lesson when the latter was still a street-roaming ruffian. Wang Jin flees from the capital with his mother and by chance he meets Shi Jin, who becomes his apprentice. The next few chapters tell the story of Shi Jin's friend Lu Zhishen, followed by the story of Lu's sworn brother Lin Chong. Lin Chong is framed by Gao Qiu for attempting to assassinate him, and almost dies in a fire at a supply depot set by Gao's henchmen. He slays his foes and abandons the depot, eventually making his way to Liangshan Marsh, where he becomes an outlaw. Meanwhile, the "Original Seven", led by Chao Gai, rob a convoy of birthday gifts for the Imperial Tutor Cai Jing, another primary antagonist in the novel. They flee to Liangshan Marsh after defeating a group of soldiers sent by the authorities to arrest them, and settle there as outlaws with Chao Gai as their chief. As the story progresses, more people come to join the outlaw band, including military personnel and civil officials who grew tired of serving the corrupt government, as well as men with special skills and talents. Stories of the outlaws are told in separate sections in the following chapters. Connections between characters are vague, but the individual stories are eventually pieced together by chapter 40 when Song Jiang succeeds Chao Gai as the leader of the band after the latter is killed in a battle against the Zeng Family Fortress.  The plot further develops by illustrating the conflicts between the outlaws and the Song government after the Grand Assembly of the 108 outlaws. Song Jiang strongly advocates making peace with the government and seeking redress for the outlaws. After defeating the imperial army in a great battle at Liangshan Marsh, the outlaws eventually receive amnesty from Emperor Huizong. The emperor recruits them to form a military contingent and sends them on campaigns against invaders from the Liao dynasty and rebel forces led by Tian Hu, Wang Qing and Fang La within the Song dynasty's domain. Although the former outlaws eventually emerge victorious against the rebels and Liao invaders, the campaigns also led to the tragic dissolution of the 108 heroes. At least two-thirds of them died in battle while the surviving ones either return to the imperial capital to receive honours from the emperor and continue serving the Song government, or leave and spend the rest of their lives as commoners elsewhere. Song Jiang himself is eventually poisoned to death by the "Four Treacherous Ministers" – Gao Qiu, Yang Jian (楊戩), Tong Guan and Cai Jing.

One of the greatest achievements of Romance of the Three Kingdoms is the extreme complexity of its stories and characters. The novel contains numerous subplots. The following consists of a summary of the central plot and some well-known highlights in the novel. 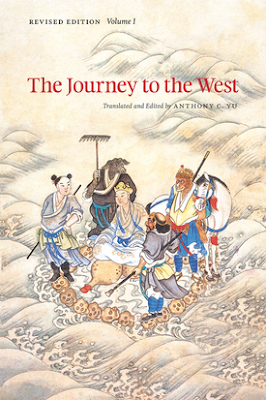 The novel provides a detailed, episodic record of life in the two branches of the wealthy, aristocratic Jia (賈) clan—the Rongguo House (榮國府) and the Ningguo House (寧國府)—who reside in two large, adjacent family compounds in the capital. Their ancestors were made Dukes and given imperial titles, and as the novel begins the two houses are among the most illustrious families in the city. One of the clan’s offspring is made a Royal Consort, and a lush landscaped garden is built to receive her visit. The novel describes the Jias’ wealth and influence in great naturalistic detail, and charts the Jias’ fall from the height of their prestige, following some thirty main characters and over four hundred minor ones. Eventually the Jia clan falls into disfavor with the Emperor, and their mansions are raided and confiscated.  In the novel's frame story, a sentient Stone, abandoned by the goddess Nüwa when she mended the heavens aeons ago, begs a Taoist priest and a Buddhist monk to bring it with them to see the world. The Stone, along with a companion (in Cheng-Gao versions they are merged into the same character), is then given a chance to learn from the human existence, and enters the mortal realm.  The main character of the novel is the carefree adolescent male heir of the family, Jia Baoyu. He was born with a magical piece of "jade" in his mouth. In this life he has a special bond with his sickly cousin Lin Daiyu, who shares his love of music and poetry. Baoyu, however, is predestined to marry another cousin, Xue Baochai, whose grace and intelligence exemplify an ideal woman, but with whom he lacks an emotional connection. The romantic rivalry and friendship among the three characters against the backdrop of the family's declining fortunes form the main story in the novel.
Posted by Tugrul Keskin at 11:09 PM