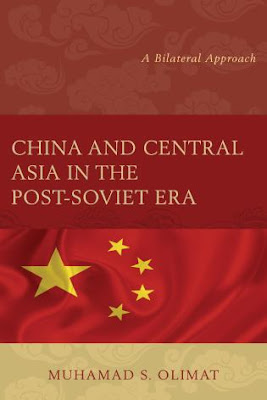 This manuscript examines Sino-Middle Eastern relations on a bilateral level. It highlights the depth of China’s involvement in Central Asia with each country on a five dimensional approach: security cooperation, energy security, trade relations, political relations, and cultural relations. Regarding each of these criteria, Central Asia enjoys a strategic significance to China’s national security, vital interests, territorial integrity, sovereignty, regime survival, and economic prosperity. China has been an integral part of the political developments on the Central Asian political scene for over the past two millennia. Their bilateral ties grew steadily since the independence of Central Asian republics in 1992, culminating into strategic partnership two decades later. China and its partners in the region have embarked on the construction of the most ambitious gas pipelines network, joint ventures in oil upstreaming and downstreaming, mammoth highway and railroad projects, trade zones, construction projects, and above all, strategic security coordination in reference to unified and an integrated response to regional security threats. Both sides are also engaged in a process of revival of the Silk Road in terms of its cultural diversity and trade relations. Sino-Central Asian volume of trade reached $50 billion heading steadily toward $100 in the coming five years.
https://rowman.com/ISBN/9781498518048/China-and-Central-Asia-in-the-Post-Soviet-Era-A-Bilateral-Approach#
Posted by Tugrul Keskin at 4:10 AM