On November 1, 2016, SIIS President Chen Dongxiao met with Mr. Talip Küçükcan, Chairman of the Council of Europe and member of the Foreign Affairs Committee of the Grand National Assembly of Turkey and his colleagues. The two sides had a discussion on China-Turkey relations, the political and security situation in the Middle East etc. Mr. Sabri Tunç Cangili, acting Consul-General of Turkey in Shanghai, Prof. Tugrul Keskin in Shanghai University, Prof. Li Weijian, Prof. Jin Liangxiang, Dr. Liu Xin and Dr. Zhang Weiting from Center for West Asia and African Studies of SIIS also participated in the meeting. 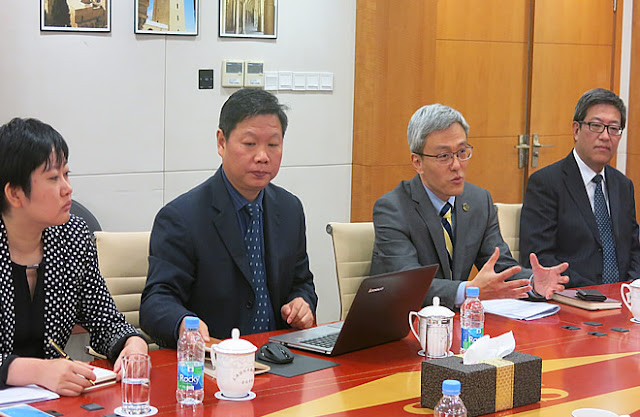 Posted by Tugrul Keskin at 7:54 AM