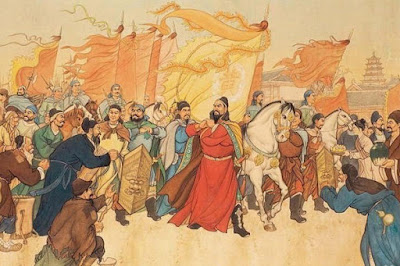 They were keen and curious observers. More than a millennium ago merchant-informants and officials at the service of the Abbasid caliph, from Baghdad or Basra, put to paper eyewitness accounts of North Europeans (Vikings), Indians, Chinese and people from today’s Cambodia, Indonesia and Sri Lanka. The Abbasid Caliphate ruled all of West Asia and North Africa from 750 AD until about 1000, when it began to weaken.  “Baghdad was one of the biggest cities in the world,” says Dr Maaike van Berkel, associate professor in Medieval History at Amsterdam University. Van Berkel, a specialist in the Abbasids’ empire, recalls that the City of Peace, as it was called, had probably around half a million inhabitants. “But that’s still gigantic and beyond compare to the towns and cities at the time in Europe. Baghdad was an important economic and trade centre. There were commercial contacts with Charlemagne’s empire in Europe but even more with China, India and Central Asia.”  “From all over the Middle East people came to Baghdad; it was the most important religious, intellectual and scientific centre of that part of the world,” Van Berkel says. “Geographers knew in detail about the Dar al Islam (home or abode of Islam), a vast area that extended from what is now Spain to Pakistan and Afghanistan. They mapped the roads and rivers, the cities, the natural environment, the administration, the people…. They were also pretty knowledgeable about India but much less so about Europe.”  The recently translated Accounts of China and India by Abu Zayd al-Sirafi and other chroniclers gives a fascinating insight into the interconnectedness and mobility of the Abbasid era. For today’s readers, removed in time and place, some of the writers’ observations may seem bizarre and implausible. But in most of their akhbār  - credible reports of what they saw and heard -  one can easily recognise modern Indians and Chinese.