ANKARA, June 26 (Xinhua) -- Turkey stands as a natural supporter for China's "Belt and Road" initiative, and is ready to be an active part of the proposal, said Chinese ambassador to the country.
Yu Hongyang, Chinese ambassador to Ankara, told Xinhua in a recent interview that Turkey used to be a key spot along the ancient Silk Road, and its special geographic location has made the country a bridge between the east and the west."Today, Turkey stays as China's important partner to implement the belt and road initiative," he added. Proposed by Chinese President Xi Jinping in 2013, the Silk Road Economic Belt and the 21st-Century Maritime Silk Road, which are later dubbed as the "Belt and Road" initiative, aims at reviving the ancient trade route between Asia and Europe.
The network threads through over 60 countries and regions, with a total population of 4.4 billion.
Over the past few months, the initiative has been given a real push. China has earmarked 40 billion U.S. dollars for a Silk Road Fund to support infrastructure projects along both routes. 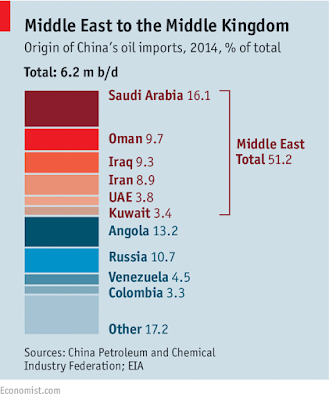 China: A Solution in the Middle East?

China’s growing presence and lack of baggage could make it an effective player in the troubled region.

By David Lai and Noah Lingwall

U.S. President Barack Obama admitted at the June 2015 G-7 summit in Germany that his administration did not have a “complete strategy” for Islamic extremists in the Middle East. Although the admission was only a brief note in the president’s remarks, it spoke volumes about the United States’ predicament in dealing with the problems that plague that part of the world. Given their complicated nature, any future U.S. strategy will merely act as a bandage that covers deeply rooted and infested wounds. Until the underlying issues are addressed, the U.S. will find itself trapped in awkward positions again and again.

What should Washington do about the Middle East? It appears that at present, it has no choice but to help the Iraqi government drive ISIS out and restore order in Iraq. But in regard to the problems in Syria and Yemen, and for many other issues in the region, the United States does have choices and must come up with a long-term strategy.

Taliban and Afghan Peace Officials Have Secret Talks in China

By EDWARD WONG and MUJIB MASHAL


BEIJING — A peace envoy from Afghanistan met in western China last week with former Taliban officials with close ties to Pakistan’s intelligence agency, in an attempt to keep open the possibility of formal Afghan peace talks, officials said Monday.
The meeting, hosted by China and, in part, organized by Pakistani officials, took place Wednesday and Thursday in Urumqi, capital of the western region of Xinjiang, which has mountainous borders with Afghanistan and Pakistan and is home to many Muslims.
The main representative of the Afghan government was Mohammad Masoom Stanekzai, who was, at the time, a crucial member of the country’s Peace Council, the group charged with exploring talks with the insurgency, and since then has been nominated by President Ashraf Ghani as defense minister. On the other side of the table were three figures from the old Taliban government in Afghanistan, according to current and former officials with knowledge of the discussions who agreed to speak on the condition of anonymity because of diplomatic sensitivities.
Mr. Stanekzai is awaiting confirmation as defense minister and has been the architect of efforts by the government to begin formal peace negotiations.

China now sees Morocco as a base for manufacturing

By Nadia Rabbaa in Rabat

The government is working with investors to set up hubs in the manufacturing sector – from textiles to cars and electronics – that team big companies with smaller players.
It is time for a shift change at Tangier Free Zone.
Rows and rows of small buses queue to enter the industrial park, bringing a new batch of workers to make components for cars and circuit boards for electronics.
Morocco is betting on manufacturing as a means to strengthen the economy and to provide jobs and technology transfers.
That will mean raising industry's contribution to Morocco's economy.
Moulay Hafid Elalamy, Morocco's trade and industry minister, plans to increase it from 14% today to 23% by 2020.
He took office in October 2013, and last year he delivered his industrial strategy to King Mohammed VI's government.
It builds on previous iterations of the national Plan Emergence, which focused on creating industrial ecosystems around big foreign companies such as Canadian aerospace company Bombardier and French car manufacturer Renault.

The “One Belt, One Road” Strategy and China’s Energy Policy in the Middle East

The genesis of the “One Belt, One Road” strategy—also known as the Belt and Road Initiative—can be traced to three noteworthy public events that occurred in rapid succession in the latter part of 2013. On September 7, in a speech delivered at Kazakhstan’s Nazarbayev University, Chinese President Xi Jinping proposed building the Silk Road Economic Belt. Addressing the Indonesian parliament on October 3, he recommended that China and Southeast Asian countries work together to revive the Maritime Silk Road. On October 24-25, at a work forum on “periphery diplomacy” held by the Chinese Communist Party (CCP) in Beijing, Xi stressed that China is committed to forging amicable and mutually beneficial relations with its neighbors, such that they will benefit from Chinese development and China will benefit from a prosperous neighborhood. In this way, the president conceptually linked the notion of the “Chinese dream” to regional development. This conference marked the official birth of China’s “Silk Road strategy.”

Posted by Tugrul Keskin at 4:46 PM No comments: