Japanese troops blew up a section of railway near Shenyang that was under their control. They then accused Chinese troops of sabotaging the railway to create a pretext for war. Later that evening, they bombarded the barracks of Chinese troops near Shenyang, starting a large-scale armed invasion of northeast China. On July 7, 1937, the Lugouqiao Incident occurred, and the nationwide War of Resistance Against Japanese Aggression started. 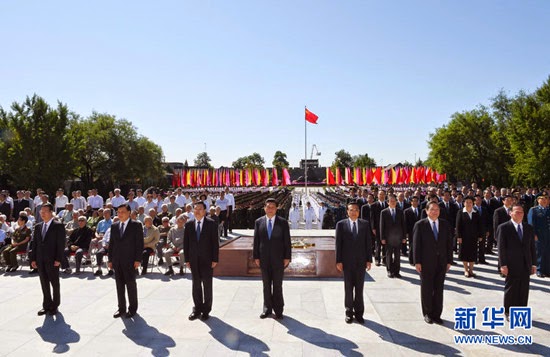 READ THE ARTICLES AND WATCH THE VIDEOS.......
Posted by Tugrul Keskin at 9:29 PM