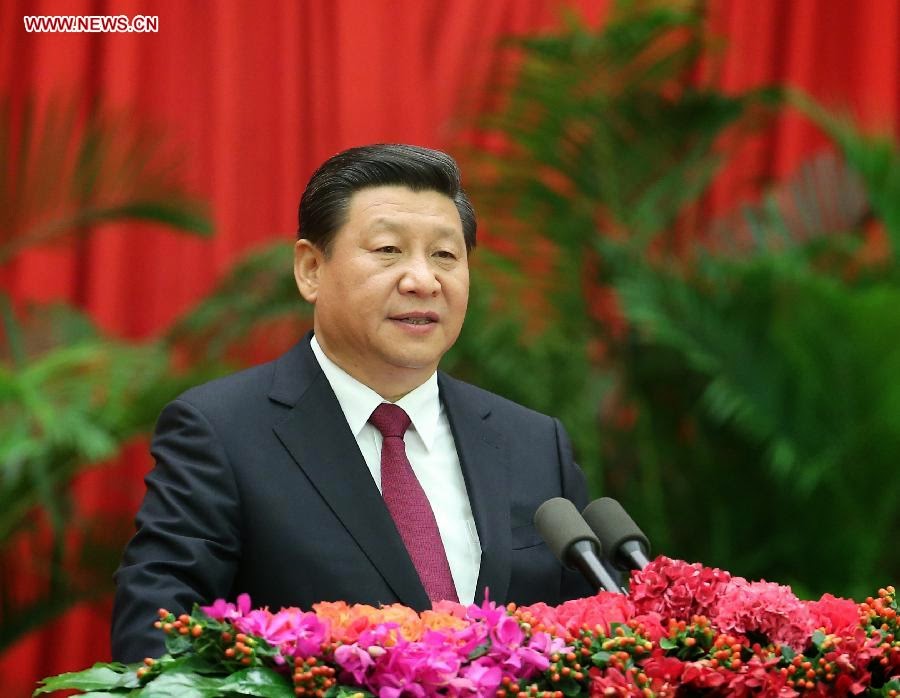 BEIJING, Sept. 30 (Xinhua) -- President Xi Jinping said Tuesday China will continue to give priority to development, adhere to reform and innovation and stay committed to the path of peaceful development.
Xi made the remarks when addressing a reception marking the 65th anniversary of the founding of the People's Republic of China (PRC).
Xi called for enhanced unity within the Communist Party of China (CPC), adding that the CPC should reinforce cooperation with other parties and maintain the bond with the people.
"We must stand firmly with the people," Xi said. "We will always proceed from and aim at realizing, safeguarding and developing the fundamental interests of the overwhelming majority of the people."
He called for enhanced confidence in the path of socialism with Chinese characteristics as well as in the theory and system regarding the path.
The Communist Party of China is key to the country's success, Xi said.