A New Book: Islamic Thought in China Sino-Muslim Intellectual Evolution from the 17th to the 21st Century 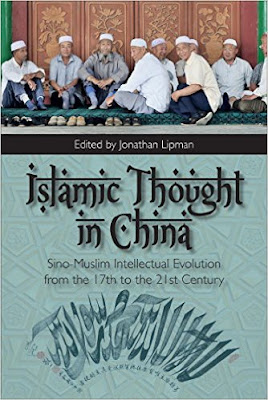 How can people belong simultaneously to two cultures, originating in two different places and expressed in two different languages, without alienating themselves from either? Muslims have lived in the Chinese culture area for 1400 years, and the intellectuals among them have long wrestled with this problem. Unlike Persian, Turkish, Urdu, or Malay, the Chinese language never adopted vocabulary from Arabic to enable a precise understanding of Islam’s religious and philosophical foundations. Islam thus had to be translated into Chinese, which lacks words and arguments to justify monotheism, exclusivity, and other features of this Middle Eastern religion. Even in the 21st century, Muslims who are culturally Chinese must still justify their devotion to a single God, avoidance of pork, and their communities’ distinctiveness, among other things, to sceptical non-Muslim neighbours and an increasingly intrusive state.
The essays in this collection narrate the continuing translations and adaptations of Islam and Muslims in Chinese culture and society through the writings of Sino-Muslim intellectuals. Progressing chronologically and interlocking thematically, they help the reader develop a coherent understanding of the intellectual issues at stake.