Bringing Our Lost Brethren Back Home: Messianic Zionism, Settler-Colonialism, and the Lost Jews of Kaifeng 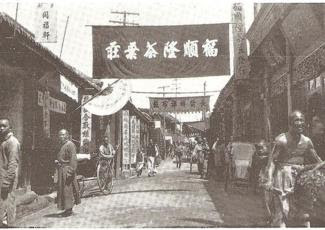 The Kaifeng Jews of China–numbering at present some five hundred to one thousand in total–are one of the latest communities to garner the interest of right-wing messianic organizations connected to the settler-colonial movement in Israel. Over the last decade, messianic groups have intensified efforts to encourage the community to immigrate (aliyah) to Israel. This endeavor is making some headway. Messianic organizations, including Amichav (My People are Returning), its semi-successor Shavei Yisrael (Returners to Israel) and, in more supportive/facilitating roles, a number of Christian Zionist groups, see the Kaifeng Jews as “Lost Jews” and as such important assets. “Lost Jews” represent new sources of potential immigration to Israel. This is critical given the perception among such organizations that traditional sources of immigration–the United States, Europe and the former Soviet Union–are either exhausted, or spiritually or ideologically unsuitable. There is also a realization that a conclusive Jewish demographic majority within historical Palestine remains elusive. Encouraging the immigration of “Lost Jews,” a somewhat unconventional solution, partially addresses some of these issues. In addition, by virtue of their demographic utility, “Lost Jews” help further the settlement project in the West Bank (as well as Arab high-density areas within Israel like the Galilee), and undermine recourses to the two-state solution. Finally, messianic organizations espouse a cosmological view that associates the return of “Lost Jews,” including those of Kaifeng, to Israel as part of the “Ingathering of the Exiles” that will hasten the End of Days.