How Taoist ideas brought a Syrian scholar to Beijing 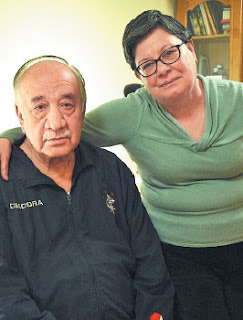 Beijing-based Syrian scholar Firas Sawah cites Tao Te Ching when asked about his romance with China. The book not only brought him here but has also played an important role in his daily life.  Born in Homs, Sawah has been teaching at the department of Arab studies at Beijing Foreign Studies University for the past few years.  As Sawah recalls, he developed an interest in East Asian culture and philosophy in his youth. He read a book in college on Chinese philosophy, which is titled China Wisdom.  He found Taoist ideas especially interesting when he read on. He wanted to introduce Taoism to Arabic readers and eventually translated Tao Te Ching, the famous Taoist book attributed to Lao Zi, a scholar who may have lived in the 6th century.  "I did it (the translation) with love," says the 72-year-old.  In his eyes, the text has wise guidance for both social management and personal life. "I have read about religious ideas since the Stone Age. But when I came across Tao Te Ching, I thought to myself this is the solution to social problems nowadays. The text is very short and each time I read it, I discover something new."  The book was not only well received by readers in Syria, but also caught the attention of Chinese scholar Xue Qingguo when he traveled to Damascus in 2009 and came across Sawah's translation at a bookstore.  Xue, who also teaches at the department of Arab studies at the same university in Beijing, says he read different Arabic translations of Tao Te Ching earlier but liked Sawah's version best.