Saudi King Salman bin Abdul-Aziz Al Saud arrived in China on an official visit. He was received on arrival at Beijing International Airport by State Councillor Yang Jiechi.
The Saudi monarch was presented with a bouquet of roses as a group of children lined up to welcome him. King Salman was also received by Saudi Ambassador to China Turki bin Mohammed Al Madhi, ambassadors of Arab countries, and members of the Saudi embassy in Beijing.
The King was accompanied by Minister of State Dr Ibrahim bin Abdul-Aziz Al Assaf, Minister of Economy and Planning Adel bin Mohammed Faqih, Minister of Labour and Social Development Dr Ali bin Nasser Al Ghafis, Minister of State for Foreign Affairs Dr Nizar bin Obaid Madani and other officials. 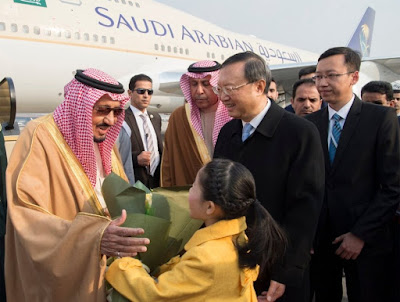 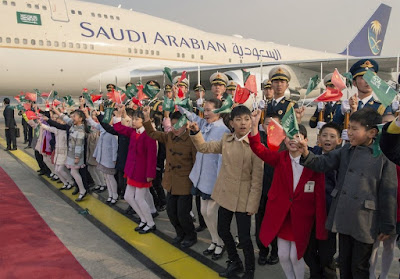 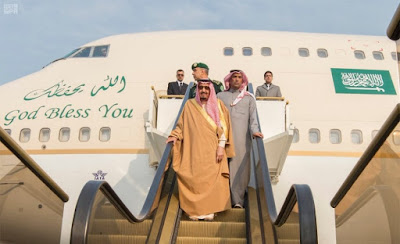 Posted by Tugrul Keskin at 7:37 AM