Peking University and the Origins of Higher Education in China 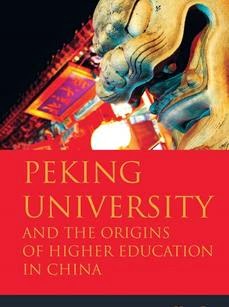 Renowned as one of the most distinguished universities in the world, Peking University (PKU or, colloquially, "Beida") has been at the forefront of higher education in China since its inception. Its roots arguably date to the origin of Chinese higher education. Hao Ping traces the intricate evolution of the university, beginning with the preceding institutions that contributed to its establishment, and stretching from the first Opium War of 1839 through the first of several eye-opening defeats for the then-isolated Middle Kingdom to the Xinhai Revolution and the early days of the Republic of China.
Hao Ping chronicles the contentious debates between reform-minded leaders who championed Western models of learning and conservatives who favored the traditional schooling and examination system, providing readers with details about the workings of the imperial court as well as the individual officials and scholars involved in Chinese educational reform. This authoritative history of the founding of Peking University defends the university’s claim to be the first modern university in China and offers insight into the formation of higher education as it exists in China today.

Hao Ping has been both a professor and an academic administrator at Peking University and Beijing Foreign Studies University. In his current role as vice minister of education, Hao Ping is a leading figure in China’s education reform and development. He is author of several books, including Sun Yatsen Revolution and the United States and An Unfortunate Ending: John Leighton Stuart and China.