Obama’s Chance to Get China Right 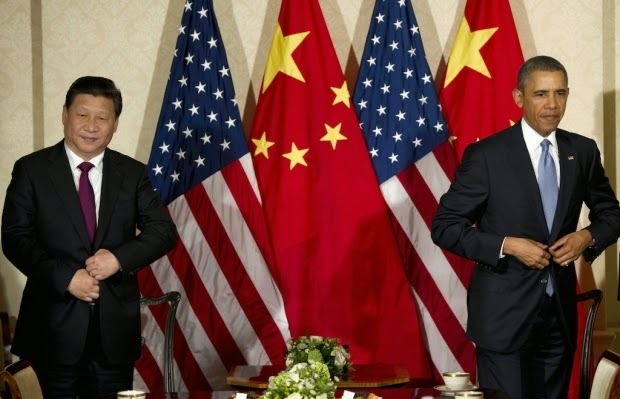 With much of his domestic agenda now stymied by the Republican sweep of Congress, President Obama’s room for maneuver remains greatest in foreign affairs. Yet with much of the Middle East in flames, an angry Vladimir Putin threatening Russian aggression, the European economy in dangerous decline, and an Ebola pandemic in Africa and looming worldwide, there are limited opportunities for Obama to leave a large positive legacy on the international landscape.
The U.S.-China relationship is one of them, and by fortunate coincidence President Obama will hold a summit meeting this week with China’s President Xi Jinping, their first in-depth meeting since June 2013. As Secretary of State John Kerry said just the other day, the U.S.-China relationship is the most “consequential” bilateral relationship in the world today—the one that, for better or for worse, will most significantly affect our future. The upcoming summit is President Obama’s most important chance to try to get this most consequential of U.S. relationships on a better track.