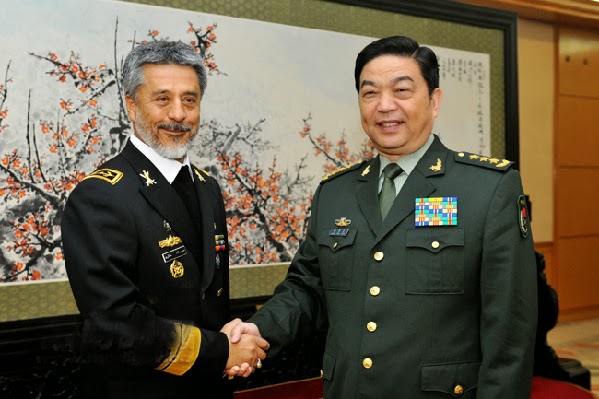 Last week’s meeting between the heads of the Iranian Navy and the People’s Liberation Army Navy (PLAN) in Beijing are the latest in a bilateral campaign to increase military to military cooperation and a recognition of growing Chinese interests in the Middle East.
On Oct. 23, Iranian Rear Adm. Habibollah Sayyari met PLAN Adm. Wu Shengli in Beijing, “to further pragmatic cooperation and strengthen military-to-military ties,” Sayyari said, according to Iranian state controlled PressTV.
Sayyari also met with Chinese Defense Minister Chang Wanquan to discuss enhanced naval cooperation.
“Chang said the two armed forces have seen good cooperation on mutual visits, personnel training and other fields in recent years. Exchanges between the two navies have been fruitful and their warships have paid successful visits to each other,” according to a release from the Chinese Ministry of National Defense.
Press reports from China and Iran spoke of increased technological cooperation between the two countries but did not go into specifics.

Posted by Tugrul Keskin at 7:46 AM