Live in a city near China's coast, and in a capital. (Coal doesn't hurt.)

HANGHAI -- Conversations about China have long stopped asking if decades of breakneck growth have widened the gap between rich and poor. English-language media is now more likely to focus on whether the country's inequality is merely as deplorable as the United States', or if it has already joined Latin America and sub-Saharan Africa to become one of the globe's most socially-stratified places. The map below gives a vivid picture of that (click any image to enlarge): 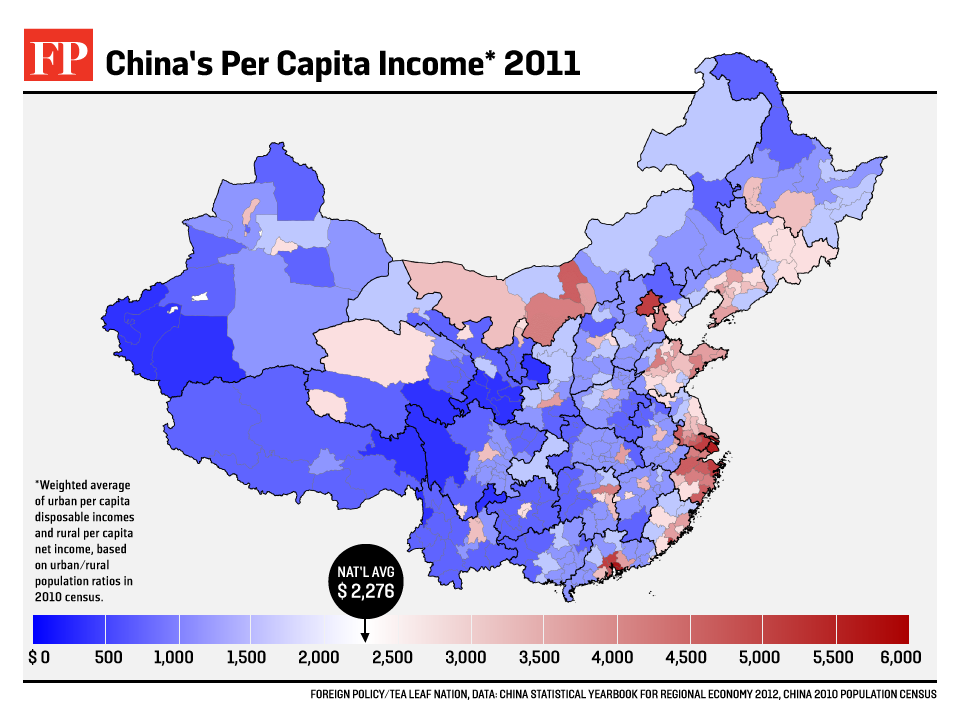 China's inequality is regional, as it is in many large countries. Terms like "wealthy coastal provinces" and "impoverished interior" are now well-worn sayings in any China hand's phrasebook. Most English-language discussions of China's regional inequality stop there, or at most focus on differences between the country's 31 provincial-level regions. The risk of overlooking finer-grained trends looms large, given that many Chinese provinces are larger than entire countries in both size and population.