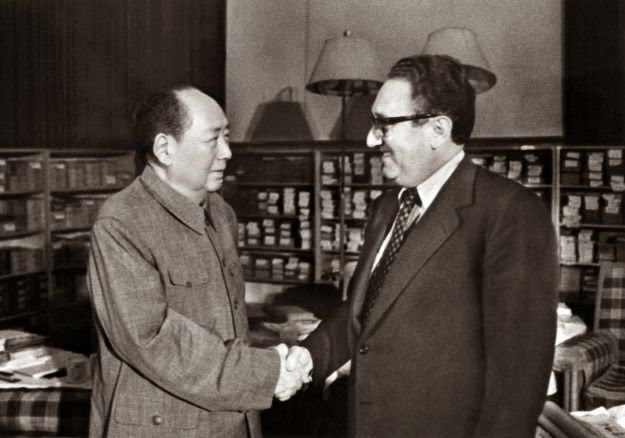 Henry Kissinger was not only the first official American emissary to Communist China, he persisted in his brokerage with more than 50 trips over four decades, spanning the careers of seven leaders on each side. Diplomatically speaking, he owns the franchise; and with “On China,” as he approaches 88, he reflects on his remarkable run.

To the degree that Washington and Beijing now understand each other, it is in good measure because Kissinger has been assiduously translating for both sides, discerning meaning in everything from elliptical jokes to temper tantrums. At every juncture, he has been striving to find “strategic concepts” that could be made to prevail over a history of conflict, mutual grievance and fear. As President Nixon’s national security adviser, then secretary of state for Nixon and Gerald Ford, and since 1977 as a private interlocutor extraordinaire, Kissinger has been unwaveringly committed to surmounting what he considers the legitimate Chinese resentment of American interference in their internal affairs and Americans’ distaste for China’s brutal suppression of ethnic, religious and political dissent.