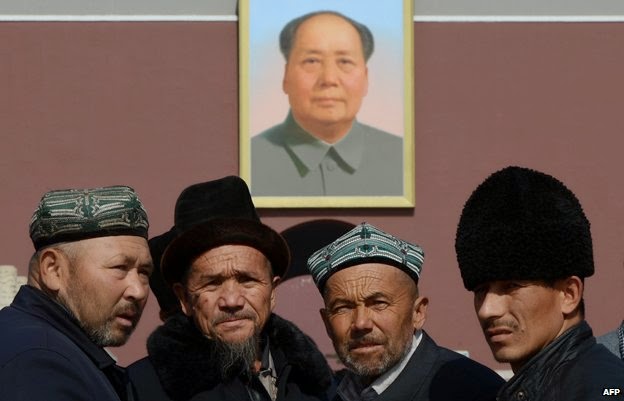 "Kashgar is not stable."
The words of a paramilitary police officer as he marched past me under the statue of Chairman Mao in China's westernmost city.
It was the answer to my question: "Why are there so many armoured trucks, so many armed officers, so many police dogs?"
A history scarred by civil war and foreign invasion makes many Chinese citizens hanker for strong central government.
But for security, they pay a high price in civil liberties.
Especially in border areas like this which are so different from mainstream China and where the pressure to show loyalty is correspondingly immense.
The government is watching every citizen.