By Jeremy Page And Emre Peker 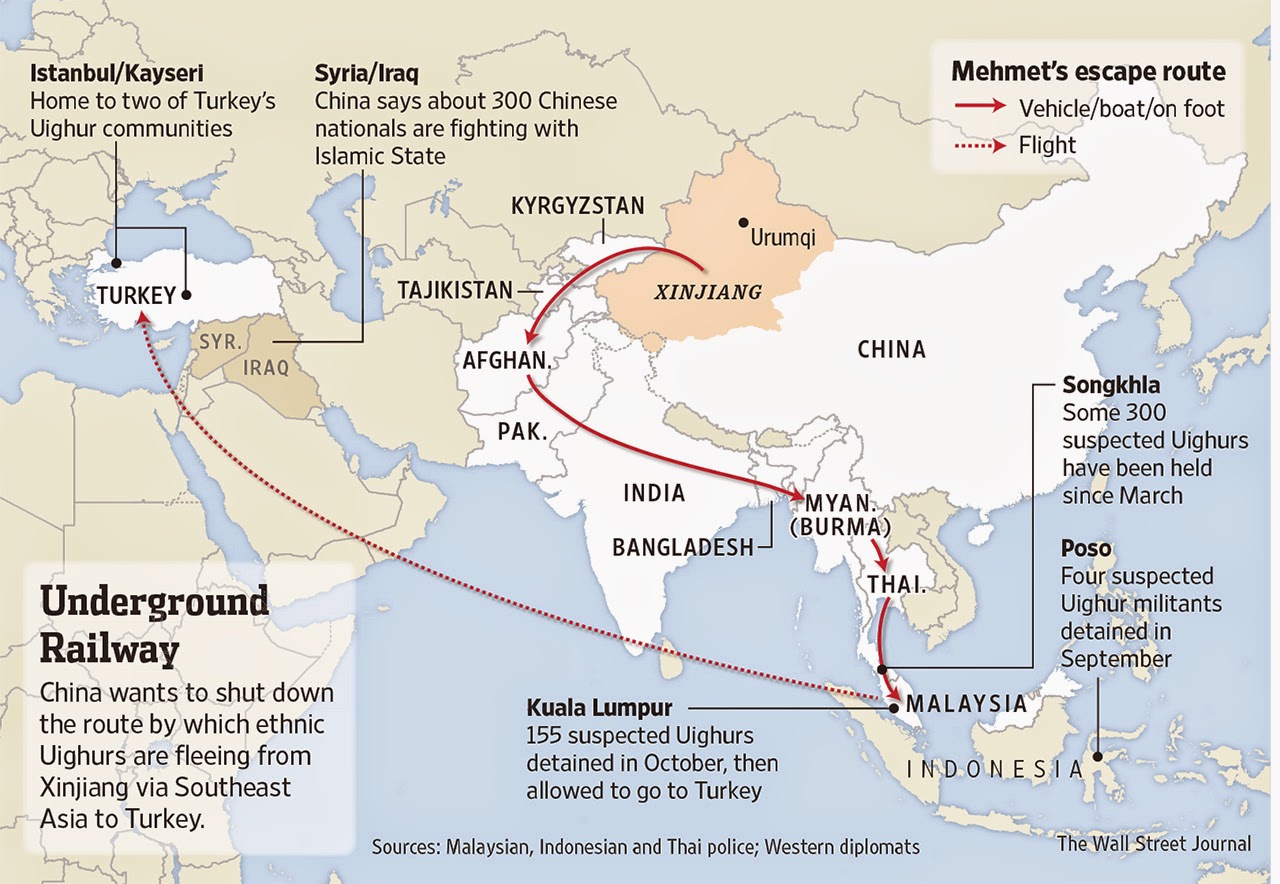 KAYSERI, Turkey—In hindsight, it was a soccer match that kindled Mehmet’s hatred of Chinese rule and set him on the path to exile.
In 2002, Mehmet was at university in Xinjiang, the northwest corner of China that is home to his Uighur ethnic group and the source of a wave of deadly violence in the past two years. He and some other Uighurs decided to support Turkey in the soccer World Cup, he said.
Most Uighurs are Muslim, speak a Turkic language and consider themselves part of a broad family of ethnic Turks.
But students from China’s ethnic Han majority were offended, Mehmet said. A fight erupted, leading university authorities to expel six of his friends.
So began a political awakening that led Mehmet to a prison labor camp in Xinjiang and ultimately to Turkey, following a perilous two-month voyage, mostly without a passport, through Central and Southeast Asia.