China is quickly overtaking the United States as the world's biggest importer of oil. Not only that, but China now buys more crude oil from the Middle East than the US does — a shift that some experts think could have big geopolitical implications in the years ahead.  Roughly half of China's imported oil now comes from the Persian Gulf, whereas America's reliance on Middle Eastern crude has been steadily shrinking in recent years. Here's a good map from Bruce Jones, David Steven, and Emily O'Brien of the Brookings Institution laying out China's situation: 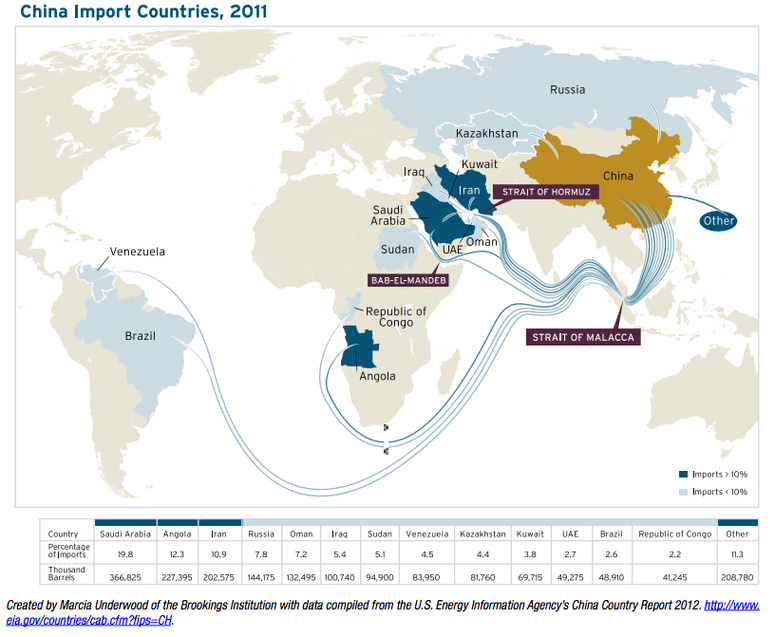